Recently a friend of mine expressed that she’s seen a lot of “ugh, people say the dumbest things when you’re seriously ill” stuff, and it makes her afraid to say anything at all to someone who is seriously ill, for fear of sticking her foot in her mouth. But, she also doesn’t want to just not say anything, because that seems crappy too. So, she wondered what the solution is. I’m going to expound here a bit on what I told her.

The first thing I said is that I think the key is to look at a person with a serious illness as a person, not as an illness, and not as an object of pity. One of the quickest ways to make me feel like The Other, as someone less-than, is to do that broken neck sad face and say something in that voice that says “Oh poor you.” You know that face. It looks something like this: 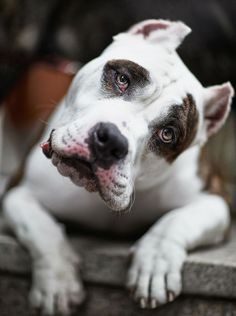 Let me give you an example: I get told I’m brave a lot, as though people expect me to be sitting at home crying all day. What??? I mean, is my life harder now that I have a terminal illness? Of course it is. What I’m experiencing is fucking brutal. But I can tell you that if you had metastatic breast cancer, and I sincerely hope none of you ever will, you’d be doing just what I do. Putting me up on some pedestal for not crawling in a hole and dying is an example of how you see me as not like you. It’s buidling a wall between us.

I appreciate your support, and your empathy, and your asking me questions about how I’m doing or how you can help. But your pity is something I neither want nor need. If pity is actually what you feel for me, I beg you to set it aside when you’re interacting with me. If you have to, just don’t say anything about my illness, and talk only about yourself, or the weather, or that local sports team. Talk about anything other than the thing that makes you pity me.
Which brings me to the second point I made, and here’s the part where I may come off as an asshole, but I kinda don’t care.

I get that it’s hard for people to know what to say to someone with a serious illness. But you know what’s harder? Politely smiling while someone gives you the broken neck sad face. I’ve been doing it for over a year now–biting my tongue and saying to myself, “They mean well. It comes from a place of love. Of course they don’t know they’re pushing my buttons right now. Give them a pass, it’s hard for them too.” But every day it gets harder for me to stay quiet, and I find myself disengaging from social situations rather than have conversations that upset me.

And here’s the thing: between you, who’s worried about saying the wrong thing, and me, who is dealing with treatment, facing my untimely death, AND having my buttons pushed, who’s got it worse? Who should be the one to learn to set their own uncomfortable feelings aside–the person with the terminal illness, or her friends? I hate to play the cancer card here…oh wait, no I don’t.

The good news is, when I remind them that I’m just a regular person like they are, most people’s attitude towards me changes. There are a few folks who just can’t seem to let go of their seeing me as The Other–and I think that tends to come from the deep-down fear of ending up like me. But for most people, when I point out that I’m just doing what they’d do if they were faced with my circumstancces, they stop with the “You’re so brave” nonsense and go back to talking to me like a regular person. Which is really all I’m asking: to be treated just like anyone else, and not as an object of pity.