I’m writing to you to discuss the suspension the Facebook account of a member of our organization, Beth Fairchild. Beth’s account was recently suspended because she posted a picture of an areola tattoo that she performed on a woman who has been through a mastectomy with reconstruction. Beth is an important member of our organization, MET UP, whose mission is to change the landscape of metastatic cancer through direct action.

Many people don’t realize that breast reconstruction after a mastectomy is nothing like breast augmentation done on women without cancer. In a mastectomy, the entire breast is removed, including the nipple. In order to rebuild the breast, doctors can build a nipple with tissue, although it will never feel like the removed nipple because it no longer has any nerves in it. And after a surgeon builds a nipple, it has no areola. In order to have the nipple look like the one that was removed, a tattoo artist like Beth must tattoo an areola on/around the rebuilt nipple. In addition, some women can’t or don’t have the nipple rebuilt, and instead have a 3-D areola tattoo, like the one Beth created and shared in the photo.

Facebook has standards for determining when nipples can be shown in photos shared on your site. Your community standard states, “We also restrict some images of female breasts if they include the nipple, but we always allow photos of women actively engaged in breastfeeding or showing breasts with post-mastectomy scarring.” The photo that Beth shared clearly shows a mastectomy scar at the top of the breast. And yet, your staff have suspended Beth’s account because she has been accused of violating the community standards–standards that explicitly allow this photo to be shared. The photo that Beth shared is at the bottom of this letter.

Those of us in the breast cancer community have found ourselves repeatedly targeted by people reporting post-mastectomy photos. This is consistent with the ongoing sexualization of our disease–a disease that will take Beth’s life, and mine. That our cancer involves our breast does not make pictures of our scars and our reconstruction pornography, any more than photos of people with other amputations is pornographic. It has become exhausting having to repeatedly defend the posting of such photos, and to be blunt, your staff seems to have a difficult time following your standard that such photos will “always” be allowed. Indeed, Beth is not the first woman to share such a photo whose account has been suspended.

And so, I’m writing with two requests: that Beth’s account be reinstated, since she clearly has not violated Facebook’s community standards; and that you train your staff to recognize a post-mastectomy photo, so that this harassment from your users of women recovering from a mastectomy will finally end. I await your response to my requests. 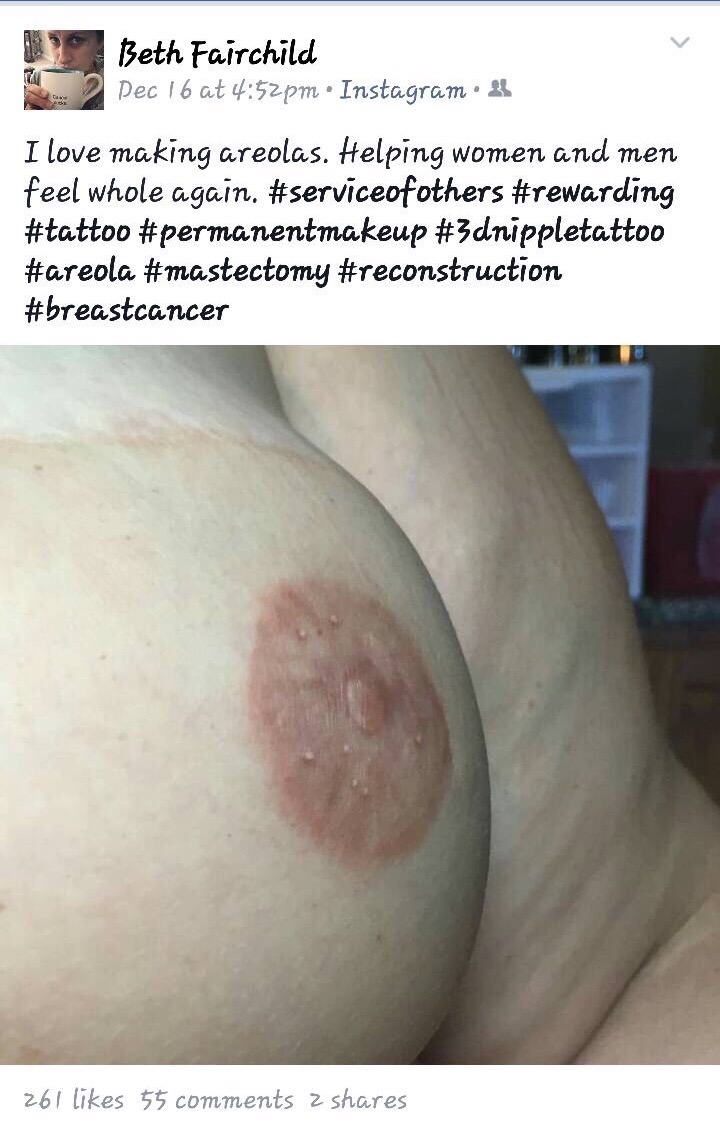