This is the last in my series, and I feel very strongly about it, so I’m going to use a strong language. I believe Komen is lying to people about breast cancer. What is a lie? It’s a deliberately false statement. It’s intentional, and it is designed to mislead. And Komen does it ALL THE TIME.

Would you like some examples to back up my claim? Here we go. 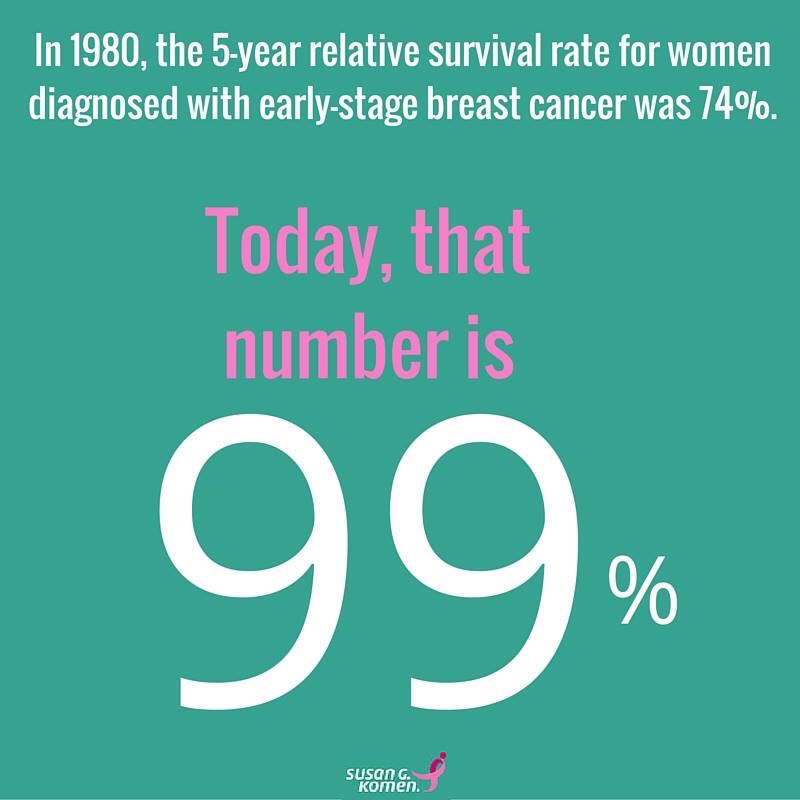 Next up: here’s one from their website. They also hand this bad boy out at conferences for metastatic patients. There is so much here that needs unpacking, I don’t even know where to start. Maybe with the pie chart.

I’d also put that $147 million dollar figure in the “misleading” category. It’s not false, but what they don’t say is that the $147 million dollars is over the entire lifespan of the Komen organization, all 33 years of it. If you look at the 2014 version of this document, you’ll see that the number is $133 million. $147 million sounds way more exciting than $14 million per year out of an organization that spends $278 million per year. I believe the choice to use a cumulative figure is deliberately misleading. Which makes it a lie.

Speaking of the 2014 version, see how it says that up to 40% of metastatic patients will survive 5 years? That’s false. The 5-year survival rate for stage 4 patients is 25.9%. I suppse we should give kudos to Komen for removing that lie from the 2015 version. So, thanks Komen, for lying one less time.

So, why is Komen lying? My guess–and it’s just my guess, but it IS an educated one–is that they believe that marketing hope is more lucrative than marketing reality. They think that they need to look like they’ve accomplished something with all the billions they’ve spent, or else people will stop donating. But the real problems Komen faces going forward can’t be cured by a marketing strategy. They’ll be fixed by honestly and humbly looking at the reality of breast cancer today–and then doing the work that needs to be done now, not the work that needed to be done 30 years ago. Lying to us, and to themselves, is not going to help Komen achieve its mission of ending breast cancer.